Despite the absence of diplomatic relations and their closed border, Armenia and Turkey have been engaged in trade for years via a roundabout route through Georgia, a state bordering both countries.

Now, as Ankara and Yerevan seek to normalize relations, Turkish-Armenian trade could flourish once more.

According to Richard Giragosian, a United States-born Armenian who heads the Regional Studies Center (RSC) think tank in the capital Yerevan, economics and trade are now recognized as real incentives for normalization.

This was not the case years ago, he underlined, saying that the economic potential between Armenia and Turkey and prospects of reopening the border are part of a broader regional restoration of trade and transport.

Armenia is a landlocked country with limited economic interactions with its region due to border closures with Azerbaijan and Turkey. This contrasts with other South Caucasus nations who have long enjoyed vital trade and transport connections with their neighbors.

Today, Armenia has two border openings to the world – with Georgia to the north and Iran to the south. Georgia has provided Armenia with a gateway for foreign trade.

“This isn’t only a positive foundation, but it’s also an important first step at lowering transport costs,” Giragosian said.

No longer must trade bypass border restrictions and pass through Georgia, he added, and noted that direct trade relations would automatically lower export and import costs.

Giragosian pointed out that the RSC has been conducting joint research with the Economic Policy Research Foundation of Turkey (TEPAV).

“Our studies’ findings indicate that it’s the east of Turkey that will benefit most from cross-border trade, stability and jobs,” he said.

Turkey’s eastern region stands to gain the most from the border’s reopening, rather than the national economy, he said, both in terms of tourism and trade. “It’s a win-win,” he added.

Engaging in protectionism, building walls, closing borders does not encourage economic growth or development, just the opposite, he stressed.

“I would think the Armenian economy would welcome the competition, which will develop between Armenia and Turkey,” he stressed, saying the lack of diplomatic relations has led to a reality where the lack of information promotes misinformation.

Giragosian also said recovering from COVID-19 is a shared challenge for both countries. “And I do think new supply chains, new trade routes are beneficial, and there is little negative cost,” he stressed.

In particular, Armenia’s growing IT sector would be in a good position to meet the needs of eastern Turkey, the seasoned economist said. “The connection in terms of road and rail tourism, whether medical tourism or normal tourism, will only encourage benefits for Armenia, as well.”

He added that Armenia’s IT industry “is also distinctly positioned” to “add something new for Turkish partners.”

According to Giragosian, the most obvious industry to benefit from a reopening of the border is, in fact, Armenia’s Russian-owned energy sector, with plans to export surplus electricity to eastern Turkey.

He also underlined that Russian ownership of Armenia’s railway network and plans to restore the rail link between the northwestern Armenian city of Gyumri and Turkey’s eastern Kars province ensures Moscow’s support for the process.

Giragosian also noted the attractiveness of the textile sector, in which Turkish subsidiaries of firms setting up factories in Armenia could take advantage of low wages and highly skilled Armenian labor. This would also facilitate expansion into new markets for Turkish and Armenian textile products.

“In general, I think the starting point is so low that progress is guaranteed,” he concluded.

Normalization as boon for regional development

Despite the Armenian economy’s much smaller size compared to Turkey’s, it offers Ankara the potential to enhance its position as a regional actor with an economic and political presence in the South Caucasus and as a market and recipient of investment, according to Güven Sak, the managing director of TEPAV.

According to Sak, normalization will be beneficial for both sides, noting fears on the Armenian side that opening the border would allow an influx of Turkish goods that could destroy the domestic industry.

He said similar arguments had been made and proven wrong in the run-up to Turkey’s customs union with the European Union.

“On the contrary … Turkish industry became stronger,” he added.

Sak said he had sought to ease such concerns in Yerevan in a presentation he made there a decade ago.

“During that presentation, I told them: ‘Your (industry) will be the same,'” he added.

He underlined that though Armenia “is not a place that can be a source of growth for the Turkish economy on a national scale,” it could be “extremely beneficial” as a regional development project for border cities.

Artur Ghazaryan, the program director of the Union of Manufacturers and Businesspersons of Armenia, also commented on the latest developments, saying that conflicts must be resolved through a process starting with dialogue and progressing with cooperation and confidence-building.

“I believe the economy and business is the most sustainable area of cooperation since, once parties generate profit together, they will find it hard to stop,” he added.

He also stressed that efforts to develop ties anew would not be starting from scratch, noting that businesses on either side were cooperating despite the closed borders.

Ghazaryan said that despite this groundwork, Armenian companies would face some problems navigating Turkey’s customs system. Resolving these issues will be the first step toward the point at which the two sides could pursue joint investments, he said and added that ensuring Turkish and Armenian firms are on equal footing could be the first step in the normalization process.

In spite of the closed borders, Armenia has imported goods from Turkey via third countries such as Iran and Georgia. But, this remains a one-sided relationship with no significant trade flows from Armenia to Turkey.

Sun Feb 13 , 2022
Richard E. Brown Richard E. Brown | for Editor & Publisher If you’re looking to build a highly proficient sales leadership team for this era now’s the time. Whether you’re developing a new team or restructuring an existing department, be cognizant of this rare time in history where age diversity is […] 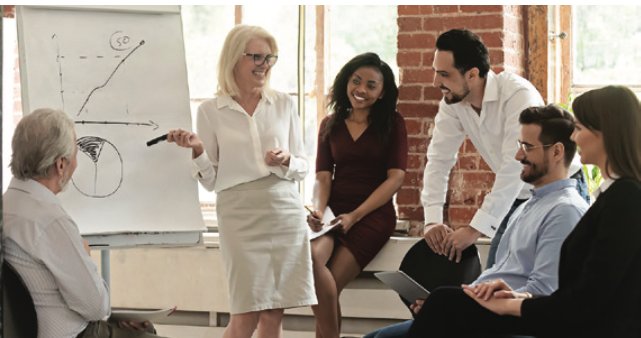