In theory, Turkish businessman Vahit Yilmaz should be benefiting from the weak lira: orders from abroad are flooding into Turkey’s $30bn textile and clothing industry after the lira’s crash slashed the cost of production in dollar terms.

But there was only a 50-50 chance that his wholesale clothing business would survive the next 12 months, he said. The cost of fabric, thread and other inputs, all priced in dollars, has shot up, and domestic producers such as Yilmaz in Merter, Istanbul’s ready-to-wear wholesale district, are bracing themselves for a turbulent spring season.

“Turkish textiles are all but free at this exchange rate,” said the 35-year-old. “Business was super when the dollar rose steadily. Now it’s dangerous.”

Recep Tayyip Erdogan has presided over a 50 per cent slide in the currency since the start of the year after he ordered the central bank to slash interest rates repeatedly despite rising inflation. On Thursday, the central bank cut rates for the fourth month in a row. The lira fell a further 7 per cent on Friday to TL16.8. It has tumbled by a fifth this month alone after a 29 per cent fall in November. The Turkish president has argued that a cheaper currency will help the country of 83m people to enjoy booming exports, investments and job creation.

But the president’s critics say he is submitting the country to a giant economic experiment. Durmus Yilmaz, a former central bank governor, said this month that he was turning Turkey into “a laboratory for crackpot ideas”.

In recent months, as Erdogan launched another easing cycle, he has reportedly cited China’s economic transformation in the wake of 1978 reforms as evidence that his model would bear fruit.

But Ali Akkemik, an expert on the economies of both China and Turkey at Japan’s Yamaguchi University, said that while it was true that Beijing had devalued its currency in the 1980s and 1990s, it had implemented a clear “industrial vision” that was crucial in its transformation into the world’s second-largest economy over the course of several decades.

“Turkey doesn’t have any clearly defined industrial policy,” he warned. “We don’t know what industry they’re trying to promote.”

A London-based banker with expertise on both economies who asked not to be named put it more bluntly. “It is economically crazy to think that a country can build an export-oriented economy simply on the back of a trashed currency,” he said. “If that were the case, Zimbabwe would be a tech superpower.”

Erdogan’s determination to push ahead with rate cuts despite growing dismay from voters and the business community has fuelled speculation in Turkey that certain constituencies must be benefiting from the slide in the lira.

But, said Atilla Yesilada, an analyst at the consultancy GlobalSource Partners, “this is not a policy that benefits any identifiable constituency, including his family . . . or his cronies”.

Turkey’s benchmark stock index tumbled 8.5 per cent on Friday, triggering temporary halt to trading and other curbs. Some businesses are gaining from the slide in the currency. “Most of the companies listed on the Borsa Istanbul are benefiting from the weak lira,” said Selim Kunter, an equities analyst at the Istanbul-based Ak Yatirim. He pointed to publicly listed airlines, defence groups, carmakers and chemicals producers as companies that enjoy foreign currency-denominated revenues and Turkish lira-denominated staffing costs.

The success of those sectors has helped fuel a boom in exports, powering economic growth that is expected to exceed more than 9 per cent this year. But it is likely to come at the cost of inflation of 30 per cent or more in the months ahead, hurting not only businesses that rely on imported energy and raw materials but also ordinary Turks already struggling with the soaring cost of living.

“Erdogan is prioritising exporters over households,” said Jason Tuvey of the consultancy Capital Economics. “If you think about his support base, it doesn’t really make sense at all.”

Many big exporters have also been critical of the currency volatility, which they say makes it difficult to price their products and plan ahead. Tusiad, a group representing large industrial companies that account for 85 per cent of Turkey’s foreign trade, excluding energy, has warned that what the business world needs most is stability.

Musiad, a business association with close links to the ruling party, recently added its voice to the disquiet in a rare critique of the president’s approach.

“A businessman needs to know what the exchange rate will be in two to three months’ time and how much it will rise,” Mahmut Asmali, the group’s president, told the Turkish business newspaper Dunya last week. “The exchange rate chart should not look like the chart of someone with high blood pressure.” 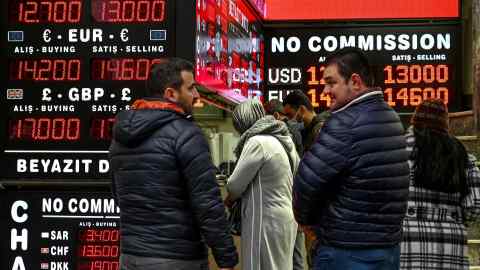 Despite booming house sales, the construction sector, which has close links to Erdogan and other ruling party officials, is also complaining. Figures from the industry, which represents about 5 per cent of the Turkish economy, have warned that the sector is being crushed by the high cost of raw materials and energy, both of which rose more than 90 per cent year on year in November.

Erdogan simply “doesn’t have a game plan”, Yesilada said, pointing to the fact that Turkish authorities have spent several billion dollars defending the lira in recent weeks while simultaneously praising the virtues of a cheap currency. “We can discuss it for hours. None of it makes sense,” said Yesilada. “There isn’t any logic.”

Yilmaz, the clothing producer, said the domestic sales that usually made up half of his business were already “dead”. He hoped that foreign sales will counterbalance the losses.

But he predicted that half of his neighbours in Merter would be gone within six months, pushed out by rents that are set in dollars despite a ban on the practice.

“Right now, I am optimistic we will weather this storm,” he said. “But I too could soon be gone.”

Mon Dec 20 , 2021
Home » Jobs » Ohza – Regional Sales Manager – Northeast Ohza Apply for this Job What is Ohza? Ohza is a premium wine-based cocktail company redefining what you expect from a ready-to-drink beverage. Our products are made from premium sparkling wine and real juice providing the rich, authentic flavor […] 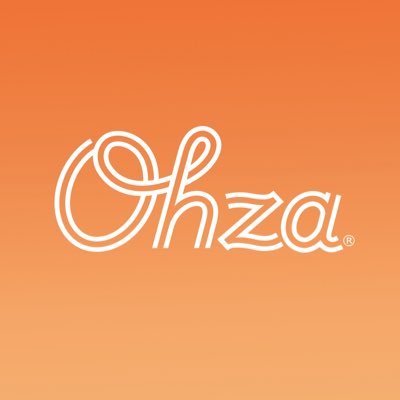