The company said its decision was based on the economics of the project and the risk of delays, and that it remained committed to its oil and gas operations in the North Sea.

Shell, together with Blackstone-backed Siccar Point, had been waiting on the UK government’s permission to begin developing the Cambo oilfield. The venture, which would produce 164 million barrels of crude during the first phase of development, had become a flashpoint in energy transition debates and the future of fossil fuel exploration in the oil and gas-rich North Sea.
The UK government, which hosted the recent COP26 talks in Scotland and has pitched itself as a global climate leader, had come under enormous pressure to reject the massive project. Cambo’s opponents argue that an expansion in oil production undermines the country’s goal to go carbon neutral by mid-century.

Shell had a 30% stake in the oilfield, while Siccar Point controls the rest of the venture. Its future is now in doubt.

“After comprehensive screening of the proposed Cambo development, we have concluded the economic case for investment in this project is not strong enough at this time, as well as having the potential for delays,” a Shell spokesperson said in a statement sent to CNN Business on Friday.

But the company made clear it planned to continue to invest in oil and gas in the United Kingdom, saying doing so was “critical to the country’s energy security. ”

“We believe the North Sea — and Shell in it — have a critical role to play in the UK’s energy mix, supporting the jobs and skills to enable a smooth transition to Britain’s low-carbon future.”

The International Energy Agency said in a recent report that investments into new fossil fuel infrastructure should stop immediately if the world wants to have a good chance of reaching net-zero emissions by 2050. Net zero is a state where the world emits as little greenhouse gas as possible, and removes or offsets any it is not able to prevent from entering the atmosphere.

Scientists say that the world needs to reach net zero by mid-century to contain global warming to the critical threshold of 1.5 degrees Celsius above pre-industrial levels.

Before Thursday, Shell had voiced frustration at the lack of clarity on policy direction from the UK government. In October, a British regulator blocked Shell’s plans to develop the Jackdaw gas field in the North Sea on environmental grounds.

“The admission by Shell that the economics of Cambo are ‘not strong enough’ is the latest evidence that new fossil fuel projects are becoming increasingly challenging as the world addresses the root causes of climate change,” Simon Cran-McGreehin, head of analysis at the Energy and Climate Intelligence Unit, told CNN Business.

He added that as Shell announced its withdrawal from the Cambo project late Thursday, the UK offshore wind sector announced two new turbine factories, which would provide jobs and regenerate Scottish ports that are being abandoned by the fossil fuel industry.

“Together, these highlight the challenge for policy makers, of developing new, clean forms of energy whilst ensuring a fair transition away from fossil fuels for the people who work in these sectors.”

Cambo operator will try to push ahead

Like many fossil fuel producers, Shell is being nudged by campaigns, political pressure and litigation to rapidly decarbonize its business and make a faster transition to renewable sources of energy.

A Dutch court in The Hague in May ordered Shell to slash its emissions by 45% by 2030, from 2019 levels, to be in line with the Paris Agreement, in a landmark decision that has inspired similar cases against other oil companies. Shell is appealing the decision.

Jonathan Roger, CEO of Siccar Point Energy said his company was “disappointed at Shell’s change of position,” but that it remained confident about the merits of the Cambo project, pointing to its potential to create more than 1,000 jobs directly, and thousands more indirectly.

He said that oil production at Cambo would help the United Kingdom source oil more responsibly than becoming more dependent on higher-carbon imports.

“We will continue to engage with the UK Government and wider stakeholders on the future development of Cambo,” he said.

The environmental group Friends of the Earth, which had campaigned against Cambo, said on Twitter: “The future of the project is now in serious doubt – as it should be. There is no need for a new oil field during a climate crisis!”

Sun Dec 5 , 2021
The Schey Sales Centre’s Sales Cats Team placed sixth out of 80 teams at the 2021 International Collegiate Sales Competition’s (ICSC) Collegiate World Cup of Sales and finished in the top 10 for the fourth straight time. The case team of Delaney Allen and Ashley Mullins made it to the […] 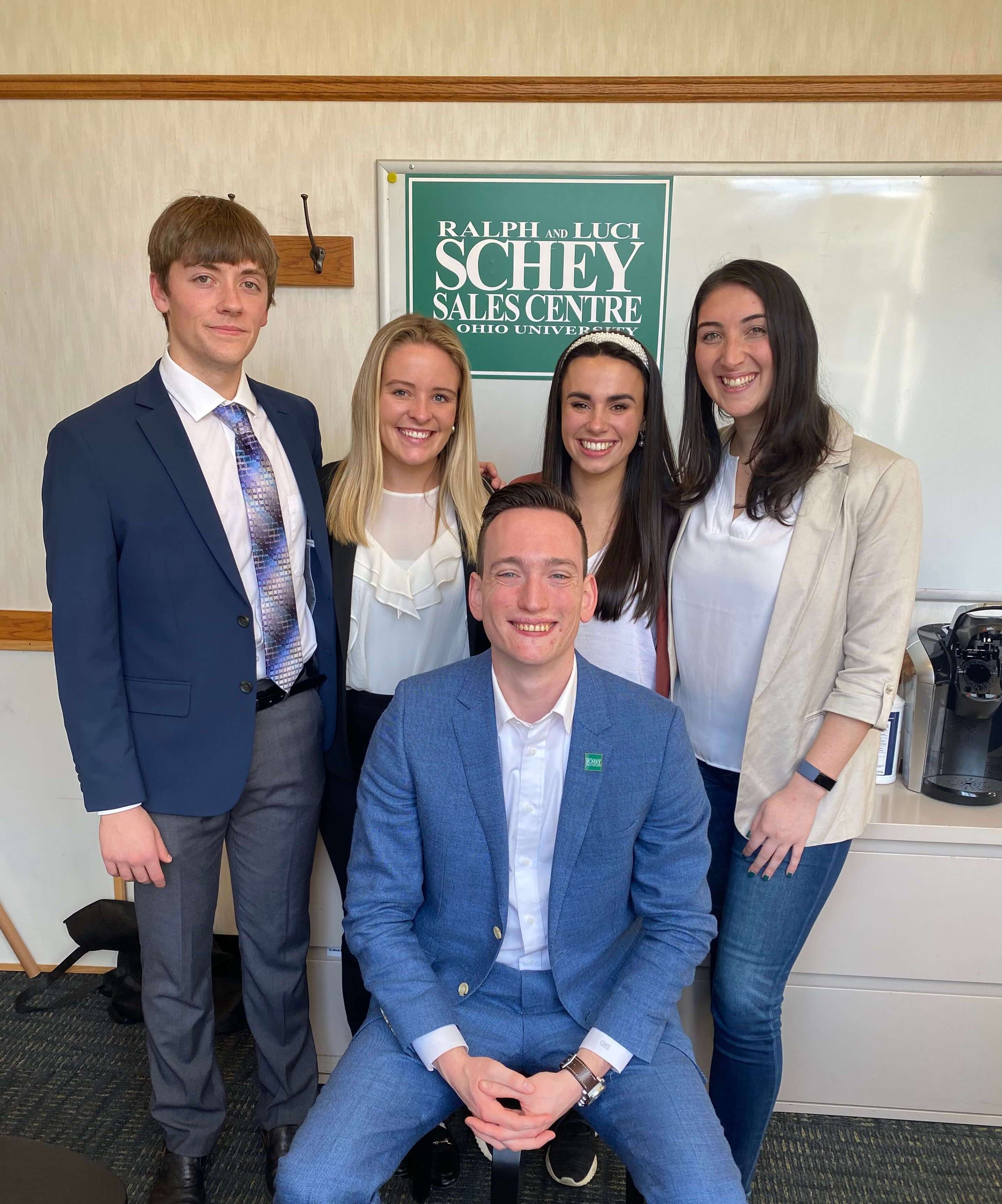