If you lack health insurance, it may not be as out of reach as you might think.

An estimated 10 million individuals who are uninsured could qualify for financial help with private insurance through the public marketplace, according to research from the Kaiser Family Foundation. Another 7 million could get coverage through Medicaid and/or the Children’s Health Insurance Program, also known as CHIP.

“If you haven’t looked to see what you qualify for, you really should,” said Karen Pollitz, a senior fellow with the foundation. “By our estimate, millions of people could be pleasantly surprised.”

More from Personal Finance:
How to pick best year-end charitable giving strategy
Nearly half of all Americans expect to retire in debt
Home prices now rising much faster than incomes

Altogether, there are about 27 million uninsured Americans, Kaiser research shows.

From Nov. 1 through Jan. 15 — unless your state has a different closing date — individuals or families without medical coverage can sign up for a plan through the federal health marketplace (or their state’s, if it has one). The exchange also will alert you if you qualify for Medicaid instead (or if your kids could qualify for CHIP).

This year, roughly 12 million people are getting coverage through the marketplace.

Most enrollees — which includes the self-employed and workers with no job-based health insurance — receive subsidies (technically tax credits), which reduce what you pay in premiums. You also may qualify for help with cost-sharing like deductibles and copays on certain plans, depending on your income.

If you haven’t looked to see what you qualify for, you really should. By our estimate, millions of people could be pleasantly surprised.

For 2021 and 2022, the subsidies are bigger, due to legislation that was signed into law in March.

Before that expansion, the aid was generally only available to households with income from 100% to 400% of the poverty level.

That income ceiling is eliminated through next year, and the amount that anyone pays in premiums will be limited to 8.5% of their income as calculated by the exchange. (The Democrats’ $1.75 trillion Build Back Better Act, which cleared the House last week but awaits action in the Senate, would extend the changes through 2025.)

Be aware that although people who collected unemployment at any point this year could qualify for zero-premium health plans through the marketplace, that provision is not in place for 2022 (although it, too, would be extended through 2025 under the Build Back Better Act).

The marketplace subsidies that you’re eligible for are based on factors that include income, age and the second-lowest-cost “silver” plan in your geographic area (which may or may not be the plan you enroll in).

The best place to start if you’re new to this is healthcare.gov, where you can create an account and explore your plan options. Or, if your state operates its own health-care exchange, the federal site will direct you to it. Once you enter information such as income and number of dependents, you should be told what help you can qualify for.

If you want to window-shop without creating an account, there is a tool on the federal exchange (or on your state’s site) that lets you enter general information about yourself to see if you qualify for subsidies and how much you’d pay in premiums.

It’s also worth noting that if you qualify for Medicaid, you can sign up at any time (not just during this open enrollment). The program bases your eligibility on your income at the time you enroll.

Likewise, if you overestimate your income, you would generally be able to claim an additional tax credit when you file your 2022 taxes. You also could adjust your income estimate during the year if it changes, Pollitz said.

The bottom line is that anyone who is uninsured should at least check what their options are, she said.

“Marketplace coverage is the most affordable it’s ever been,” Pollitz said. “Even if you looked in the past and were discouraged, it’s a good idea to check again.”

Sun Nov 28 , 2021
Business Air Travel On The Road To Recovery, New Data Reveals U.S. Global Investors Over the past year, inflation has turned up in everything from household items to used cars. Now it’s coming for your turkey and cranberry sauce. Americans celebrate Thanksgiving this week, and as I’m sure you’ve noticed, […] 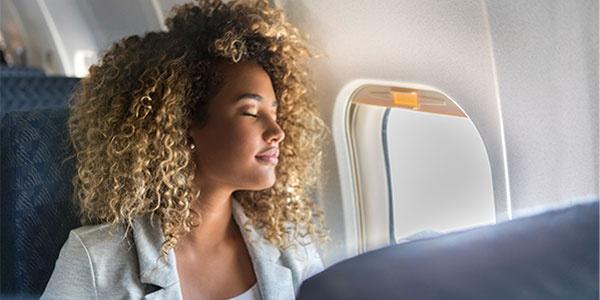