Genesis Bank is just four months old, but already it’s doing something that few banks of its size have done — create a small-business accelerator, the Genesis Bank Institute of Entrepreneurship.

It’s a new concept for serial entrepreneur Stephen Gordon, who founded two other banks before Genesis opened its doors in Newport Beach, California, on Aug. 4. Gordon, the CEO of Genesis Bank, said the idea of an accelerator never crossed his mind during the formation of Commercial Capital Bancorp or at Opus Bank, both of which were headquartered in Irvine, California.

But it seemed a natural fit for the $57.2 million-asset Genesis Bank, one of two banks in the country to be designated a multiracial minority depository institution.

“We’re going to lead with ideas and commitment and brainpower,” Gordon said. “It’s become very clear to me and the whole team here that, while you can give a borrower capital, unless they really know how to manage their businesses, they ‘re not going to expand and grow.”

Though bank-run small-business accelerators aren’t unheard of, most are part of much larger institutions, like the $1.8 trillion-asset Wells Fargo or the $166.2 billion-asset BMO Harris Bank in Chicago. More broadly, accelerators are commonly associated with colleges and universities, and Gordon says that should change. “It really is something that belongs inside a bank,” he said.

In general terms, a small-business accelerator offers support services as well as funding opportunities to participating entrepreneurs. The Genesis Bank Institute for Entrepreneurship provides advice and guidance on the issues that fall outside a client firm’s core function. These include business plan creation, digital and social marketing, cyber security, branding, insurance and tax and accounting services.

Another example of this approach comes from the $350 million-asset Citizens Bank of Edmond in Edmond, Oklahoma, which converted 12,000 square feet of office space in a vacant branch into a co-working space for local small businesses at the end of 2016. Hundreds of small businesses and nonprofits have cycled through the bank’s Vault 405 since then, taking advantage of the available office space — which Citizens Bank has since expanded to 40,000 square feet — as well as business-themed programming and mentoring provided by outside experts and bank staff.

“We have small businesses, nonprofits, start-up churches, anyone that would contribute to the community of entrepreneurs around them,” Citizens Bank CEO Jill Castilla said. “The bank has a small-business lender there consistently and I spend a lot of my time there.”

Vault 405 has had a dramatic effect on the neighborhood surrounding it. The arrival of so many small businesses sparked a surge of development, as projects totaling $80 million have either been completed or are in the works since Vault 405 opened its doors.

“Now, it’s one of the most heavily invested areas in the Oklahoma City metropolitan area,” Castilla said.

Citizens Bank rolled out a second program in 2020, providing early-stage retail businesses with space in another bank-owned building “that had some prime storefront,” Castilla said. Dubbed RISE — Retail Incubator for Shopkeeper Experience — and offered in partnership with the Oklahoma-based Independent Shopkeeper Association, the initiative offers participants a three-month course to familiarize them with the challenges of running a startup retail enterprise.

Community banks have always provided mentoring and advice to their small-business customers, but mostly on an informal basis rather than creating an accelerator for that purpose, according to Charles Potts, executive vice president and chief innovation officer at the Independent Community Bankers of America. Both Genesis and Citizens Bank of Edmond charge a fee to participate in their programs.

“If you think about community banks, they sit at this kind of hub in their communities,” Potts said. “Bankers have these deep, profound relationships with a wide variety of professionals and service providers. They’re oftentimes the first person a business owner will turn to when the scaling and growing of the company starts happening.”

Genesis Bank’s accelerator “is a natural extension of what community banks have done forever in a more formalized and strategic way,” Potts added. “It’s a very good commitment on the part of Genesis. … Having that accelerator set of resources that can point you in the right direction is oftentimes one of the most valuable things you can provide an entrepreneur.”

Genesis has hired Ed Hart, the longtime head of California State University Fullerton’s accelerator program, to run the new unit. Hart, who spent a decade as director of the Center for Family Businesses within the university’s school of business, gives the Genesis accelerator instant credibility, according to Gordon.

“Ed’s extensive background and experience working with family businesses within our target markets provides for a proven platform that we can leverage and build upon,” Gordon said.

Gordon founded Commercial Capital in 1998 and Opus in 2010. Both grew into statewide institutions. Opus became a regional player with branches in Arizona, Oregon and Washington, as well as California. Both were sold for more than $1 billion. Gordon’s plans for Genesis don’t extend beyond Southern California and Orange, Los Angeles, San Bernardino and Riverside counties.

As for Genesis Institute for Entrepreneurship, Gordon expects it to raise the bank’s profile and serve as a source of new business relationships, as an increasing number of growing Southern California companies tap into it for assistance.

“It does put Genesis Bank smack in the middle as being an economic-idea, brainpower leader in the community,” Gordon said. 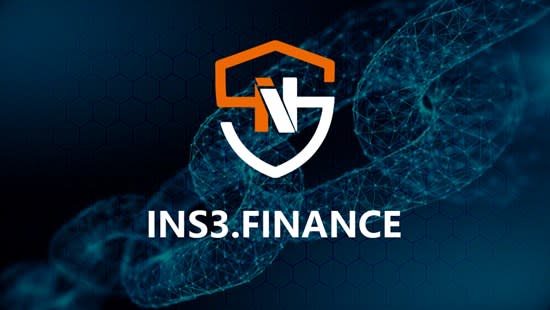