In the span of just a few days, the global economic outlook has darkened while troops battled in Ukraine and unexpectedly potent financial sanctions rocked Russia’s economy and threatened to further fuel worldwide inflation.

The price of oil, natural gas and other staples spiked on Monday. At the same time, the groaning weight on supply chains, still laboring from the pandemic, rose as the United States, Europe and their allies tightened the screws on Russia’s financial transactions and froze hundreds of billions of dollars of the central bank’s assets that are held abroad.

Russia has long been a relatively minor player in the global economy, accounting for just 1.7 percent of the world’s total output despite its enormous energy exports. President Vladimir V. Putin has moved to further insulate it in recent years, building up a storehouse of foreign exchange reserves, reducing national debt and even banning cheese and other food imports from Europe.

But while Mr. Putin has ignored a slate of international norms, he cannot ignore a modern and mammoth financial system that is largely controlled by governments and bankers outside his country. He has mobilized tens of thousands of his troops, and, in response, allied governments have mobilized their vast financial power.

Now, “it’s a gamble between a financial clock and a military clock, to vaporize the resources to conduct a war,” said Julia Friedlander, director of the economic statecraft initiative at the Atlantic Council.

Together, the invasion and the sanctions inject a huge dose of uncertainty and volatility into economic decision-making, heightening the risk to the global outlook.

The sanctions were designed to avoid disrupting essential energy exports, which Europe, in particular, relies on to heat homes, power factories and fill gas tanks. That helped dampen, but did not erase, a surge in energy prices caused by war and anxieties about disruptions in the flow of oil and gas.

Worries about shortages also pushed up the price of some grains and metals, which would inflict higher costs on consumers and businesses. Russia and Ukraine are also large exporters of wheat and corn, as well as essential metals, like palladium, aluminum and nickel, that are used in everything from mobile phones to automobiles.

“We are going to see rates skyrocket for ocean and air,” said Glenn Koepke, general manager of network collaboration at FourKites, a supply chain consultancy in Chicago. He warned that ocean rates could double or triple to $30,000 a container from $10,000 a container, and that airfreight costs were expected to jump even higher.

Russia closed its airspace to 36 countries, which means shipping planes will have to divert to roundabout routes, leading them to spend more on fuel and possibly encouraging them to reduce the size of their loads.

“We’re also going to see more product shortages,” Mr. Koepke said. While it’s a slower season now, he said, “companies are ramping up for summer volume, and that’s going to have a major impact on our supply chain.”

In a flurry of updates on Monday, several Wall Street analysts and economists acknowledged that they had underestimated the extent of Russia’s invasion of Ukraine and the international response. With events rapidly piling up, assessments of the potential economic fallout ranged from the mild to the severe.

Inflation was already a concern, running in the United States at the highest it has been since the 1980s. Now questions about how much more inflation might rise — and how the Federal Reserve and other central banks respond — hovered over every scenario.

“The Fed is in a box, inflation is running at 7.5 percent, but they know if they raise interest rates, that will tank markets,” said Desmond Lachman, a senior fellow at the American Enterprise Institute. “The policy choices aren’t good, so I don’t see how this has a happy outcome.”

Others were more cautious about the spillover effects given the isolation of Russia’s economy.

Adam Posen, president of the Peterson Institute for International Economics, said there were vexing questions, particularly in Europe, about what the conflict would mean for inflation — and whether it posed the prospect of stagflation, in which economic growth slows and prices rise quickly.

But overall, he said, “the damage is likely to be small.”

That doesn’t mean there won’t be intense pain in spots. Mr. Posen noted that a handful of banks in Europe could suffer from their exposures to the Russian financial system, and that Eastern European companies might lose access to money in the country.

Thousands of people fleeing Ukraine are also streaming into neighboring countries like Poland, Moldova and Romania, which could add to their costs.

Turkey’s economy, which is already struggling, is likely to take a hit. Oxford Economics lowered its forecast for Turkey’s annual growth by 0.4 percentage points to 2.1 percent because of rises in energy prices, disruptions to financial markets and declines in tourism.

In 2021, 19 percent of its visitors came from Russia, and 8.3 percent came from Ukraine. Inflation, already at a two-decade high of nearly 50 percent, is now estimated to reach 60 percent, Oxford said.

In the United States, the chair of the Biden administration’s Council of Economic Advisers, Cecilia Rouse, said the biggest impact on the American economy from the war was rising gas prices. “This has definitely clouded the outlook,” she said at a forum in Washington.

Gasoline prices are roughly a dollar higher than a year ago, with a national average of $3.61 a gallon, according to AAA.

Rising energy prices are tough on consumers, although good for producers — and the U.S. economy has both.

Other oil-producing nations will also see a rise in revenues. And for Iran, which has been shut out of the global economy for years, the demand for oil from other sources could help smooth negotiations to lift sanctions.

Over the longer term, the current conflict is likely to have effects on several countries’ future budget decisions. Germany’s chancellor, Olaf Scholz, announced that he would increase military spending to 2 percent of its economic output.

“Defense spending has fallen consistently in the post-WWII world,” Jim Reid, managing director of Deutsche Bank, wrote in a note on Monday. Now, with this shift in “the geopolitical tectonic plates,” he said, priorities are changing, and “those levels are likely to rise.”

In Russia, the central bank and government took a series of actions, including doubling a key interest rates to 20 percent to increase the ruble’s appeal, barring people from transferring money to overseas accounts, and closing the stock market to contain the damage and tamp down panic.

“What’s happening right now is we’re looking at the dismemberment of one of the largest economies on the planet,” said Carl Weinberg, chief economist at High Frequency Economics. “And from what I know about tactics, this is a dangerous tactic.”

Wed Mar 9 , 2022
Cookieless tracking, also known as anonymized tracking, is gaining traction is today’s increasingly privacy-focused marketing environment. It refers to the process of capturing information about visits to a website without the need to store user-identifiable data. The cookieless tracking trend is being labeled as a ‘must have’ component for every […] 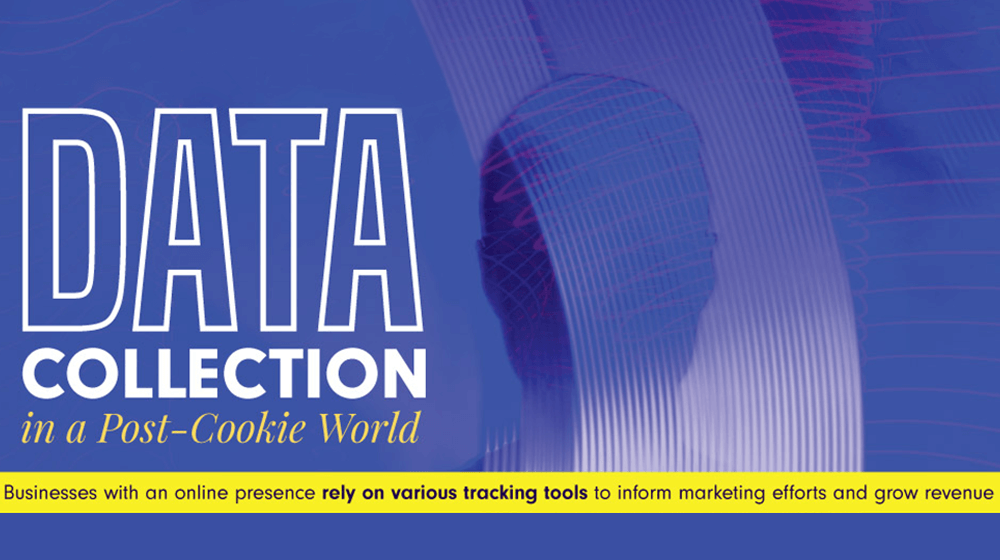