Federal Reserve officials signaled on Wednesday that they were on track to raise interest rates in March, given that inflation has been running far above policymakers’ target and that labor market data suggests employees are in short supply.

Central bankers left rates unchanged at near-zero — where they have been set since March 2020 — but the statement after their two-day policy meeting laid the groundwork for higher borrowing costs “soon.” Jerome H. Powell, the Fed chair, said officials no longer thought America’s rapidly healing economy needed so much support, and he confirmed that a rate increase was likely at the central bank’s next meeting.

“I would say that the committee is of a mind to raise the federal funds rate at the March meeting, assuming that the conditions are appropriate for doing so,” Mr. Powell said.

While he declined to say how many rate increases officials expected to make this year, he noted that this economic expansion was very different from past ones, with “higher inflation, higher growth, a much stronger economy — and I think those differences are likely to be reflected in the policy that we implement.”

The Fed was already slowing a bond-buying program it had been using to bolster the economy, and that program remains on track to end in March. The Fed’s post-meeting statements and Mr. Powell’s remarks signaled that central bankers could begin to shrink their balance sheet holdings of government-backed debt soon after they begin to raise interest rates, a move that would further remove support from markets and the economy.

Investors have been nervously eyeing the Fed’s next steps, worried that its policy changes will hurt stock and other asset prices and rapidly slow down the economy. Stocks on Wall Street gave up their gains and yields on government bonds rose as Mr. Powell spoke. The S&P 500 ended with a loss of 0.2 percent after earlier rising as much as 2.2 percent. The yield on 10-year Treasury notes, a proxy for investor expectations for interest rates, jumped as high as 1.87 percent.

The Fed has pivoted sharply from boosting growth to preparing to cool it down as businesses report widespread labor shortages and as prices across the economy — for rent, cars and couches — soar. Consumer prices are rising at the fastest pace since 1982, eating away at paychecks and creating a political liability for President Biden and Democrats. It is the Fed’s job to keep inflation under control and to set the stage for a strong job market.

Understand Inflation in the U.S.

“The Fed has completed its pivot from being patient to panicked on inflation,” Diane Swonk, the chief economist at Grant Thornton, wrote in a research note to clients after the meeting. “Its next move will be to raise rates.”

The Fed’s withdrawal of policy support could temper consumer and corporate demand as borrowing money to buy a car, a boat, a house or a business becomes more expensive. Slower demand could give supply chains, which have fallen behind during the pandemic, room to catch up. By slowing down hiring, the Fed’s moves could also limit wage growth, which might otherwise feed into inflation if employers raised prices to cover higher labor costs.

Investors nudged up their expectations for rate increases following the meeting and now project the Fed to raise rates five times this year, based on market pricing, and for the Fed’s policy rate to end the year between 1.25 and 1.5 percent. And economists increasingly warn that it is possible central bankers could move quickly — perhaps lifting borrowing costs at each consecutive meeting instead of leaving gaps, or in half-percentage point increases instead of the quarter-point moves that are more typical.

But Mr. Powell demurred when asked about the pace of rate increases, saying that it was important to be “humble and nimble” and that “we’re going to be led by the incoming data and the evolving outlook.”

“He went out of his way not to commit to a preset course,” said Subadra Rajappa, the head of U.S. rates strategy at Société Générale. The lack of clarity over what happens next “is a setup for a volatile market.”

While interest rates are expected to rise over the coming years, most economists and investors do not expect them to return to anything like the double-digit levels that prevailed in the early 1980s. The Fed anticipates that its longer-run interest rate might hover around 2.5 percent.

Investors also have been eagerly watching to see how quickly the Fed will shrink its balance sheet of asset holdings. The Fed’s policy committee released a statement of principles for that process on Wednesday, setting out plans to “significantly” reduce its holdings “in a predictable manner” and “primarily” by adjusting how much it reinvests as assets expire.

“They are trying, I think, to reduce market uncertainty around the balance sheet — but they’re telling us it’s happening,” said Priya Misra, the global head of rates strategy at TD Securities, adding that the release suggested that the process would begin within a few months.

Mr. Powell noted during his news conference that both of the areas the Fed is responsible for — fostering price stability and maximum employment — had prodded the central bank to “move steadily away” from helping the economy so much.

“There are many millions more job openings than there are unemployed people,” Mr. Powell said. “I think there’s quite a bit of room to raise interest rates without threatening the labor market.”

The unemployment rate has fallen to 3.9 percent, down from its peak of 14.7 percent at the worst economic point in the pandemic and near its February 2020 level of 3.5 percent. Wages are growing at the fastest pace in decades.

What is inflation? Inflation is a loss of purchasing power over time, meaning your dollar will not go as far tomorrow as it did today. It is typically expressed as the annual change in prices for everyday goods and services such as food, furniture, apparel, transportation and toys.

What causes inflation? It can be the result of rising consumer demand. But inflation can also rise and fall based on developments that have little to do with economic conditions, such as limited oil production and supply chain problems.

Is inflation bad? It depends on the circumstances. Fast price increases spell trouble, but moderate price gains can lead to higher wages and job growth.

At the same time, Mr. Powell said, the problems pushing inflation up have been “larger and longer lasting” than officials expected, and he noted that the Fed was “attentive to the risk” that rapid wage growth could further fuel price gains.

The Fed’s preferred inflation gauge is expected to show that prices picked up by 5.8 percent in the year through December when the latest report is released on Friday, more than double the 2 percent pace the Fed aims for annually and on average.

Prices are high partly because global supply chains are struggling to produce and transport enough lumber, computer chips and clothing to keep pace with booming demand for goods. The pandemic changed consumption patterns, and households have money in their pockets thanks to long months at home and repeated government relief.

If the virus fades, that will help things get back to normal by allowing factories to operate at full speed without rolling shutdowns and by enabling consumers to spend their money on trips to the nail salon or Disney World instead of on new kitchen tables and bathroom renovations.

Fed officials — and many economists — spent much of 2021 forecasting that conditions would stabilize and that inflation would go away on its own. That didn’t happen.

Central bankers have continued to estimate that the price pickup will fade substantially by late this year, but they have also guided policy into a position from which it can fight against any lasting inflation pressures. By making it more expensive to buy a lawn mower on credit or a car with an auto loan, Fed rate increases might help to cool off America’s spending spree.

At their meeting in December, policymakers projected that they would raise interest rates three times this year. They did not release a fresh set of economic projections with this policy statement. The next quarterly estimates will come in March.

“Since the December meeting, I would say that the inflation situation is about the same but probably slightly worse,” Mr. Powell said when asked about the Fed’s previous expectations.

While presidential administrations typically do not like rate increases — they slow the economy — inflation has become a major concern for voters and a thorny political barrier for Mr. Biden as he tries to pass his legislative agenda. The White House has no say on Fed policy, but it has signaled acceptance of the central bank’s recent decisions to pull back on economic help.

“Obviously the Fed is independent,” Jen Psaki, the White House press secretary, said on Wednesday after the Fed’s release and news conference. “Chairman Powell has indicated his plans to recalibrate in the past, and the president spoke last week to his support for that.”

Fri Jan 28 , 2022
Atrium Raises $20M to Bring Data-Driven Sales Management to the Masses Tweet this “With over 11 million sales professionals worldwide, it’s estimated that 40% miss their quota – resulting in $3.2 trillion in lost revenue. Sales managers are the biggest lever when it comes to improving team performance,” said Jason […] 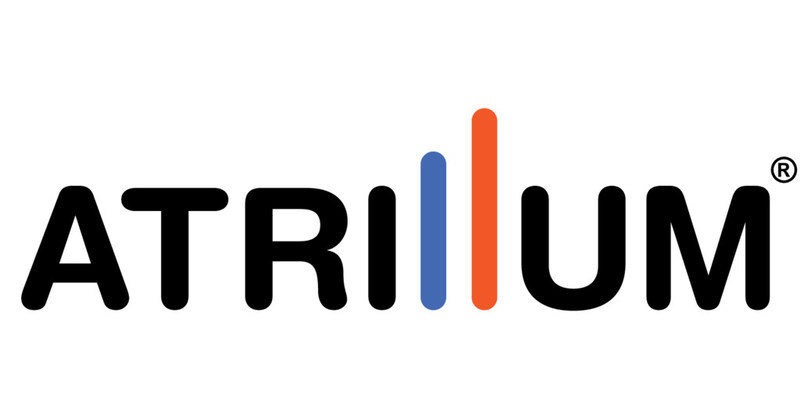