In a hotly competitive local ad market, TV sales reps need near real-time insights into who is spending in the market, how much they’re spending, which day parts, and on which media. The ability to log into a dashboard, at any time, and get in-depth competitive intelligence data, can make the difference between an average performing sales team and a high performing sales team.

Competition for advertising dollars has never been so intense, as OTT joins podcasting, social, mobile, digital and cable to rival local broadcast TV.

Long considered among the best advertising vehicles anywhere, broadcast TV stations battle daily for new revenue and to maintain and build market share. To optimize revenue, their sales teams need up-to-the minute data on which advertisers are active, and how much they are spending in their markets. And they can’t wait to get it from researchers pouring over hundreds of pages of intel delivered on PDF files in a format inaccessible for busy, high performing sales reps.

What they need is competitive intelligence, updated in near real-time and available 24 hours a day in a dashboard they can log into from anywhere.

“As a local seller, you don’t want information that is a week old,” says Philippe Generali, president-CEO of Media Monitors, a leading provider of competitive intelligence for media, advertisers and their agencies. “You want leads that are current. If an advertiser popped up in your market on one of your competitors’ stations, you’ll know who it is and will be able to reach out to them immediately.”

Generali says Media Monitors was founded on the principle of making it as easy as possible for clients to access advertising data.

“We were born in the internet era,” Generali says. “Since Day-1, Media Monitors’ clients log into a dashboard and gain access to an entire database where they can even see all the TV commercials run in a particular market the night before.”

One of the most popular features Media Monitors offers is its Zero Share Report and Exclusive Share Report, which is essentially a list of every advertiser in a market that is not spending ad dollars on a particular medium or advertisers who are exclusive to one station only.

Generali calls it a “lifeblood report” for every sales person at every TV station.

“Many of the advertisers in the Zero Share Report and Exclusive Share Report are ripe potential advertisers because they have just gotten into the market and are just starting to formulate a campaign and evaluate the efficiency of all the media there,” Generali says. “A sales person at a station can see how much they spent on a competing medium and contact them right away.”
Sales reps can log into Media Monitors whenever they want or receive an email every morning, as early as 5 a.m., with a detailed list of new ad activity in the market the previous day, including all new advertiser accounts that popped up on various media.”

“The main difference between Media Monitors and others offering market data, is that we are a lean-back experience,” Generali says. “We can send you these reports each day and station sales people can read them with their morning coffee.”

Generali says there are more than 1,000 commercial TV stations across the U.S., and Media Monitors has relationships with most station group owners, including Tegna, Graham Media Group and the ABC owned stations. And while Media Monitors offers virtual real time ad data, clients can also go back in time to examine how effective prior years’ seasonal campaigns performed.

Media Monitors ad data is particularly important to political advertising buyers and sellers who need next-day immediacy to see what local candidates are actually doing on local TV by viewing the creative.

“In politics, you can’t settle for a service that gives you data that is weeks old,” Generali says. They need to design ads and schedule them on the fly.

“For that reason, political campaign managers love Media Monitors because it allows them to react and respond in real time. We have many political organizations that subscribe to our services so they can see the ads their opponents ran yesterday and how much money they spent in a particular market. They can also see what type of creative their opponents are running.”

Media Monitors also let advertising buyers and sellers see which campaigns are most effective and if the amount of ad dollars being spent is justified.

“Our attribution services tell advertisers in a particular market if viewers are actually going to their websites after being exposed to seeing a particular commercial,” says Generali. Also offered is a service for advertisers that compares the effectiveness of two different ads by the same advertiser.

“At the end of the month, a subscription to Media Monitors won’t cost a station anything, because if they turn one of their prospects into an advertiser using our service, they will have paid for their fee,” Generali says. “And if they can bring in several new advertisers, it all becomes additional profit for their station.”

Visit Media Monitors to see more about the advantages of Competitive Intelligence.

Fri Feb 4 , 2022
The numbers: Privately run U.S. businesses reduced employment by 301,000 jobs in January –- the biggest drop since the start of the pandemic— as a record omicron wave kept people out of work and delayed hiring plans.  Economists surveyed by The Wall Street Journal had forecast a 200,000 gain. The […] 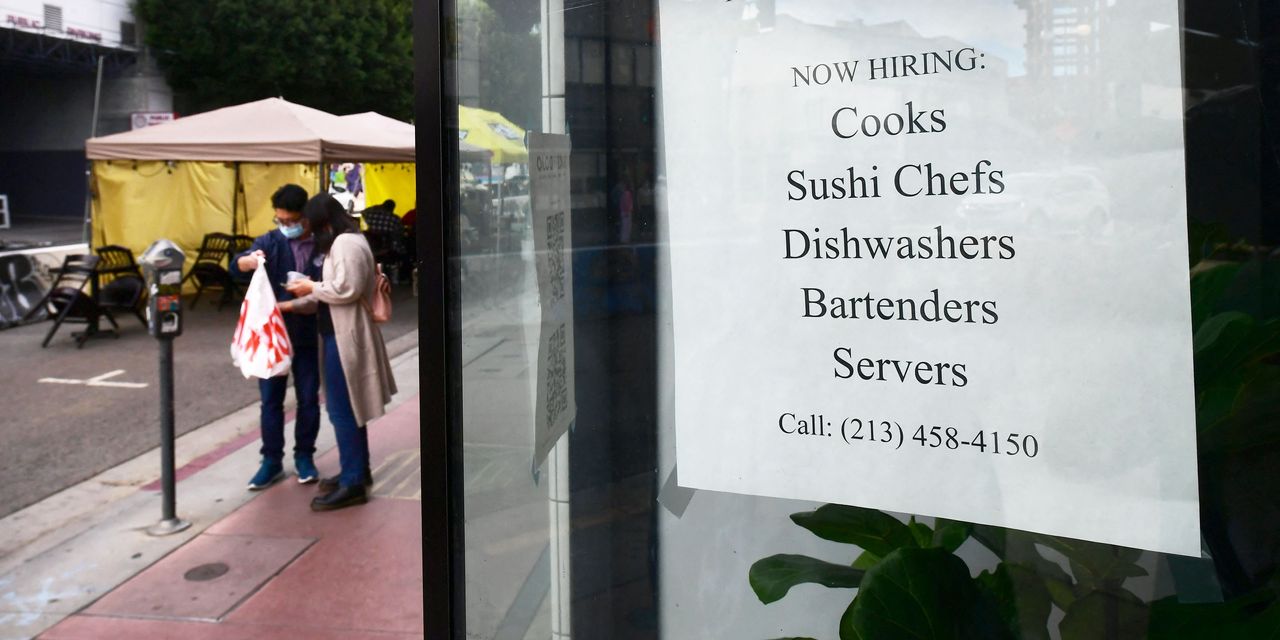