Good morning from Skift. It’s Friday, February 25, in New York City. Here’s what you need to know about the business of travel today.

Here’s what you need to know about the business of travel today.

Accor announced on Thursday it returned to profitability in 2021, a year after it recorded a more than $2 billion loss. Although its reported $95 million profit is less than that of many of its U.S.-based rivals, it is still a major victory for a company heavily dependent on international travel. However, Accor is not relying on the return of business travel to drive further profits, writes Hospitality Reporter Cameron Sperance.

Although Accor executives would like to see business travel return to pre-Covid figures due to clients in the sector typically paying a higher price per room, CEO Sebastian Bazin acknowledged that the French-based company will probably lose 25 percent of international business travel forever. Bazin said that he expects the sector to still be at half of its pre-pandemic performance level in 2022.

Accor is pumping more resources into its higher-performing lifestyle hotels that cater to more local traffic. The luxury and upscale segment — which includes lifestyle hotels — accounts for 40 percent of Accor’s future hotel openings, a 12 percent increase over the last four years.

We turn now to Russia’s invasion of Ukraine, the effects of which could hammer an aviation industry still yet to fully recover from the pandemic. Global airlines are facing the prospect of severe business disruptions that could escalate if the West and Moscow issue sanctions against each other, reports Madhu Unnikrishnan, editor of Airline Weekly, a Skift brand.

Airlines such as Ryanair, Wizz Air and Qatar Airways that were flying to Ukraine on Wednesday announced Thursday morning that flights to the country had been canceled as Ukrainian airspace had closed to commercial traffic. Ryanair said in a statement that the carrier has suspended its flights to and from Ukraine for at least the next 14 days. It’s uncertain how operational Ukrainian airports are at the moment.

Unnikrishnan writes the effects of the war will spread far beyond the conflict zone, stating the worst case scenario would be Russia closing its airspace in response to the West imposing its most severe sanctions. Such an outcome that would disrupt air traffic worldwide and wreak havoc for flyers. While it’s unclear what actions Western nations are considering, one of them — sanctions against Russian oil production — would likely result in even higher oil prices, strongly jeopardizing any chance airlines had for a strong summer this year.

A Hopper spokesperson said the company acquired Smoss as part of its plan to sell fintech products directly to airlines and expand its distribution capabilities. Air France-KLM, one of Smoss’ four partners, uses the startup’s technology to help passengers deal with disrupted flights.

How to Benefit from Insurance Business Intelligence

Sat Feb 26 , 2022
Insurance companies, like any other business, must look for ways to increase their profits. To do so, executives must be able to view all aspects of the business from a centralized location and in a user-friendly format Fremont, CA: Insurance companies are sitting on a veritable goldmine of data, which […] 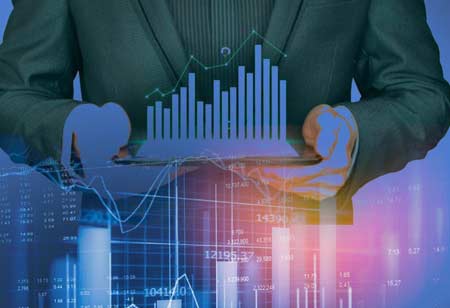